In preparation for the Avon Valley Railway‘s ‘London Transport’ gala, we decided to re-assemble 4123’s cab to act as a focal point for our small sales stand.

The cab is actually ‘new’, having been built many years ago when the loco was based at Ropley on the Mid Hants Railway, but had until very recently been sat on the loco out exposed to the elements, and was in need of some TLC.   At some point, the main cab structure will need to be riveted together in its final configuration, ready to put back on the loco when the time comes. 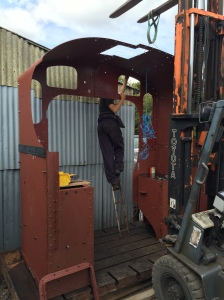 The cab in the process of being reassembled. 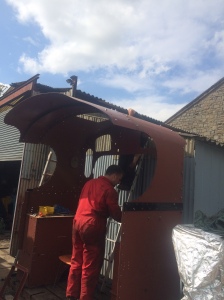 Assembling the cab outside our workshop. 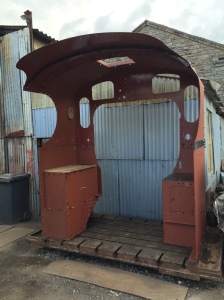 A fully assembled cab sits on a baseplate outside our workshop. 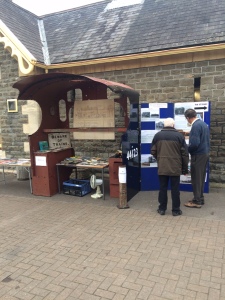 The cab as a focal point of our small sales stand. 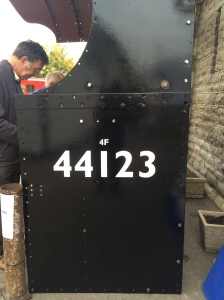 One side of the cab has been painted in black, with 44123 applied to give an impression of what the loco will look like when finished.

There was a distinguished visitor during the gala – Sir Peter Hendy – Chairman of Network Rail, and former commissioner of Transport for London.  We took the opportunity to show him around 4123 and what we are up to in the restoration project. 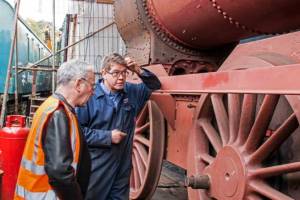 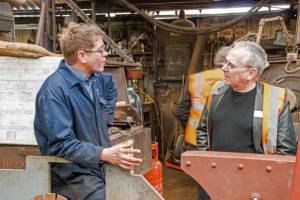